Reasons Why You Should Never Physically Punish Your Child 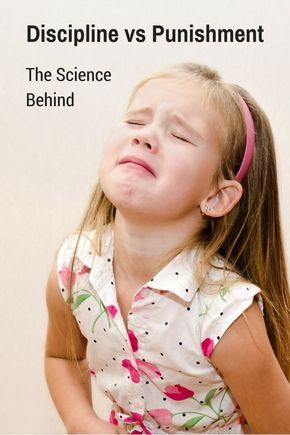 Parents are always responsible for their kid’s actions, and as much as they want them to learn new things in life, there will invariably be a time when kids will eventually commit mistakes. As a father, I used to hit my child as a way of informing him that what he did was wrong and it was punishable. As a parent, I thought I should be in control of every situation. I administered physical abuse following my anger. It became a routine that spanking was a necessity for my disciplinary practice. Little did I know that it was the worst part of my parenting method because it created a lasting harmful effect on my child’s overall development.

Spanking (or also known as corporal punishment) enables a child’s brain to react alarmingly so they can respond to the process accordingly. In other words, when you hit a child, part of his brain (prefrontal cortex) shuts down the center of their reasoning and judgment and only reacts to ridiculous fear. “According to attachment theory, important parts of the child’s brain are highly activated under conditions of threat (e.g., separation, physical assault). Spanking is a condition of threat.” Gail Goodman, Ph.D. says. It seems to work in some cases and scenarios because children then understand the concept of right and wrong. It gives us parents the ability to impose unbreakable rules that teach children to follow consequently.

The Result In Children At Early Stage

Physical punishment on a child can inflict more serious harm that parents often ignore. The kid becomes more aggressive and withdrawn, and that initially endangers his mental and psychological health. It affects the child’s emotional entitlement and loses his self-worth. He becomes distant and secretive and sometimes eventually ends up with lying just to get away with the punishment. A child grows more insensitive and finds it hard to trust people around him. He may use his traumatic experience to devalue his worth.

The Result In The Adolescent Stage

Spanking is considered physical abuse and the more we continue to practice it, the more it promotes anger on our child. He may end up realizing that physical violence is normal and is not something to address. He will likely use it as a mode of interaction with his peers and validate the action for a personal reason. The child will eventually show severe psychological drawbacks from spanking where they’ll turn out to become egocentric and antisocial.

When a child experienced physical abuse at an early stage and continued to receive punishment in the adolescent years, he will (most likely) develop violent behaviors until his adulthood. He will become short-tempered. He will have a mindset that physical abuse is normal and use it to attain dominance in the house. He will have problems dealing with anger management that can eventually result in domestic violence. According to Jessica Kendorski, Ph.D., “Brain science is showing us that warmth and nurture are essential to brain development.”

As I observed, my kid grew up and became the person I didn’t expect him to become. I blamed myself for every physical abuse I made in the past. It was not worth it. It didn’t help me in any way. I thought I was currently doing the right thing but the violence I imprinted on his physical, emotional, and mental health was beyond a parental sin. Spanking doesn’t work in promoting good behavior. Instead, it creates another generation of abusive parents that damage their child’s well-being.

« Growing Up Without A Father: The Passive Outcome
Things We Should Tell Our Dads More Often »

« Growing Up Without A Father: The Passive Outcome
Things We Should Tell Our Dads More Often »